You remember the Haiti Earthquake?

This film is your chance to see what the media never told you. 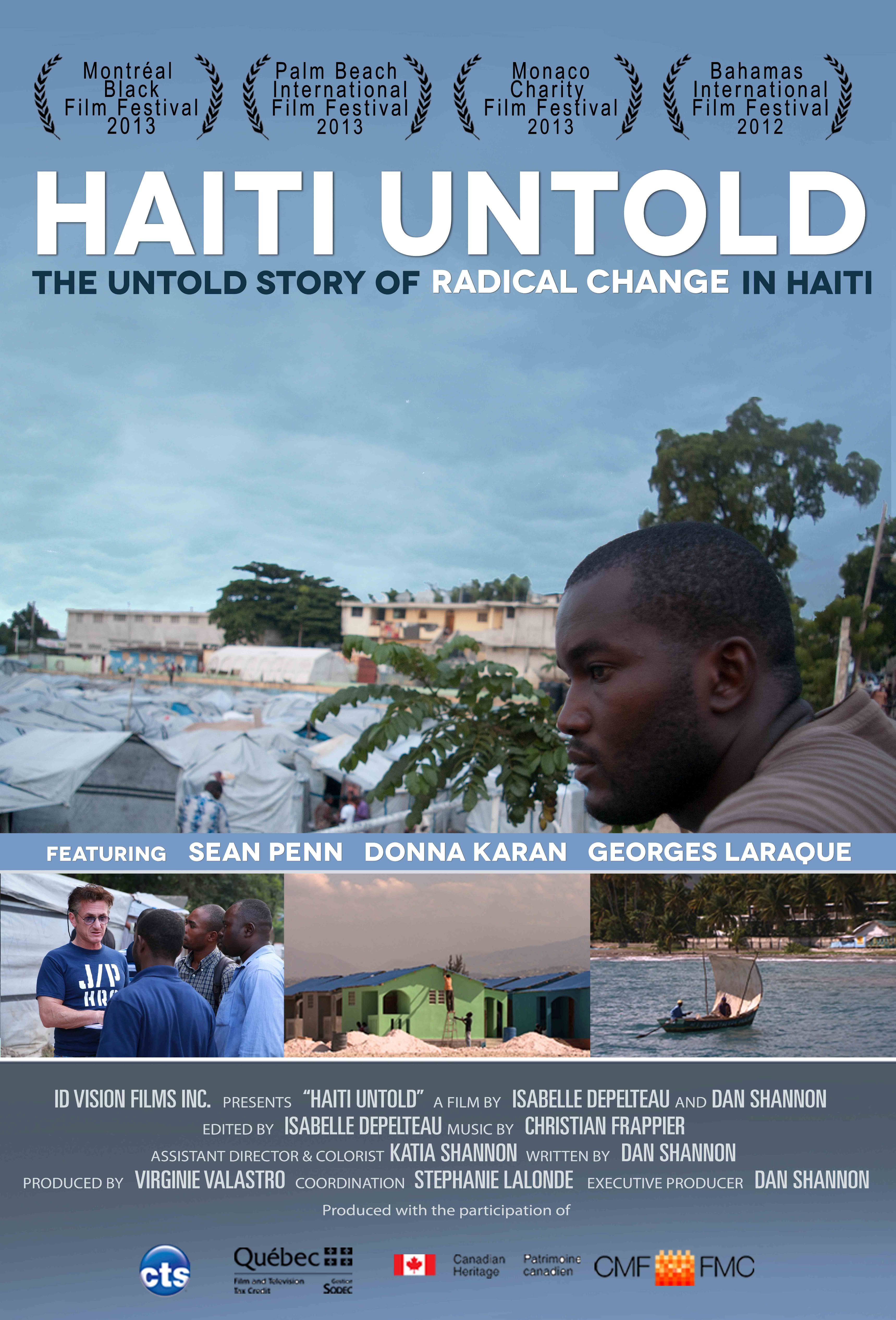 Hi My name is Dan Shannon, I am the co-director of this documentary along with Isabelle Depelteau.  At the time of the Haiti earthquake, she in fact was working for an an international NGO, and was deployed to Port-au-Prince the very next day, before the US Army, before any help had arrived. It was Armageddon. What she was to witness in those days is so difficult, it cannot properly be shared in a film. Haiti Untold documents a story the media rarely told: that of individuals such as Sean Penn and others quietly breaking down barriers and effecting lasting change in a country besieged, long after mainstream media have have moved on. The film has been screened at film festivals on 3 continents, and is finally available on DVD.

Here are a few comments and/or reviews of the film:

“It was a prodigious effort for Shannon and his team. As the world watched, over 200,000 people were affected. As those numbers continued to grow, a group of committed individuals, against overwhelming odds, were determined to provide clean water, shelter, food and the rebuilding necessary to make Haiti safe again. Actor Sean Penn, NHL player Georges Laraque, Joey Adler (Diesel Canada), clothing designer Donna Karan (DKNY), Digicel Founder and CEO, Denis O’Brien, and the president and CEO of World Vision Canada, Dave Toycen, were some of the featured players who have made a difference.”

“Haiti Untold, a new documentary looking at the efforts to rebuild the island nation after the devastating 2010 earthquake, will have its world premiere at the Cannes market on Wednesday. The feature-length doc focuses on the efforts over the last three years by non-governmental organizations in rebuilding Haiti, including the J/P Haitian Relief Organization, the group set up by Oscar-winning actor and activist Sean Penn.”

Some of the other notables featured in the film include Joey Adler, the CEO of Canadian NGO OnexOne, fashion designer Donna Karan and former NHL star Georges Laraque and Dave Toycen, President and CEO of World Vision Canada. ”

“Finally got a chance to see the documentary, it was fantastically done and I very much enjoyed it!!”

Select your option below:

Directors’ commentary about progress in Haiti since the earthquake

Shipping begins Feb 18, 2014. Our DVDs ship worldwide from our fulfillment center in the USA. Allow 5-14 days in Canada, and 10-20 days for international orders.

If for any reason you are not satisfied with the technical quality of your order, we offer a full money back guarantee for items returned to us, no questions asked for a full 60 days.